Immigrants keep moving to Canada because of the many benefits that come with it. Becoming a Canadian citizen is the ultimate goal of most immigrants. A significant percentage of them are unaware that there are differences between a Canadian citizen and a permanent resident.

We’ll be addressing some of these differences and what to expect when applying for both options.

How does Canadian citizenship differ from permanent residency?

The major differences between Canadian citizens and permanent residents include:

Every permanent resident is expected to live in Canada for a minimum of two years within five years. Failure to meet this requirement can lead to losing the PR status.

There are exceptions in cases such as being transferred by your employee to another country or staying with a parent or spouse outside Canada.

Permanent Resident (PR) involves the process of living permanently in Canada. Becoming a permanent resident is accompanied with some rights and social responsibilities.

It’s common for people to move to Canada as a foreign worker or student temporarily. As time goes on, such individuals may be interested in applying for permanent residency.

It’s possible to apply for this directly when you’re still in your home country. However, confirm that you meet the criteria early on.

You will have the right to work, live, and study in any Canadian province. It doesn’t stop there, you are also free to apply for Canadian citizenship as the PR card won’t give you the citizenship status instantly.

It’s imperative to adhere to Canadian laws and pay taxes on time once you arrive.

The Canadian government will offer successful applicants a Confirmation of Permanent Residence (COPR) once their application is successful. You can obtain this document at a Canadian immigration office or border.

Your PR card should be ready within a few months after taking this step.

The two ways to become a Canadian citizen include being born in the country or obtaining citizenship via neutralization.

Becoming a Canadian citizen requires patience as you will initially live as a permanent resident for some years. The truth is that there is hardly any difference between a naturalized citizen and the ones born in Canada. They have access to the same rights under Canadian laws.

It’s best to apply for a Canadian passport once you become a citizen so that you can engage in politics without any restriction. The good thing is that the Canada citizenship status doesn’t expire, unlike the PR card that comes with a validity of 5 years.

The only way to lose your Canadian citizenship is to renounce it.

A child can become a citizen automatically if s/he is adopted by a Canadian parent. After confirming your eligibility, visit the Immigration, Refugees and Citizenship Canada’s website to fill some forms. It’s important to avoid any error and include all the necessary documents. You will be required to take the language proficiency test in either English Language or French.

Every Canadian permanent resident who wants to attain the citizenship status must take the Canadian Citizenship test.

Some of the areas to focus on for the test include Canada’s government, facts, history, geography, and culture. Failing this test is not the end of the world as applicants can take it twice.

Lastly, get ready to attend the citizenship ceremony if your application is approved. New citizens usually take the Oath of Citizenship and recite the national anthem before obtaining their Canadian citizenship application. 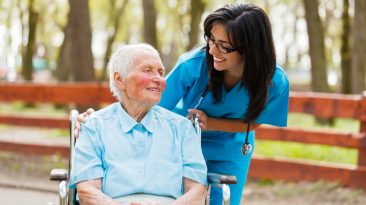 How to Move to Canada as a Caregiver

Canada has two main programs for caregivers who want to relocate to the country. These options are the Home Support Worker and Home Child Care... 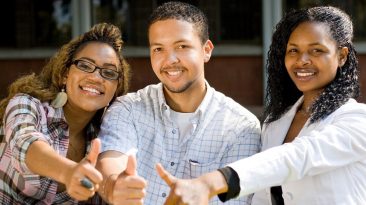 5 In-Demand Jobs in a Post-Pandemic Era

The economies of many nations took a nosedive in the wake of the coronavirus pandemic. Nevertheless, Canada’s economy is gradually bouncing... 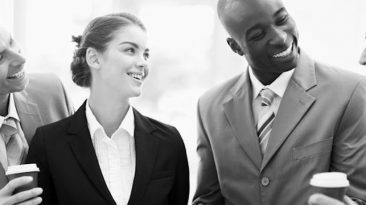 The rate of immigration fraud has skyrocketed within the last two decades. Immigrants from different continents fall for immigration scams because of... 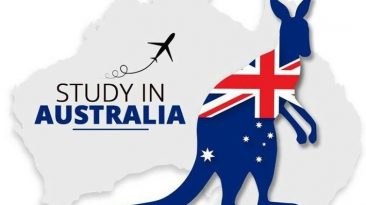 When it comes to education for international students; countries that comes to the mind of students are USA, Canada, Australia, China and so on. This...

How to Move to Canada as a Caregiver

5 In-Demand Jobs in a Post-Pandemic Era